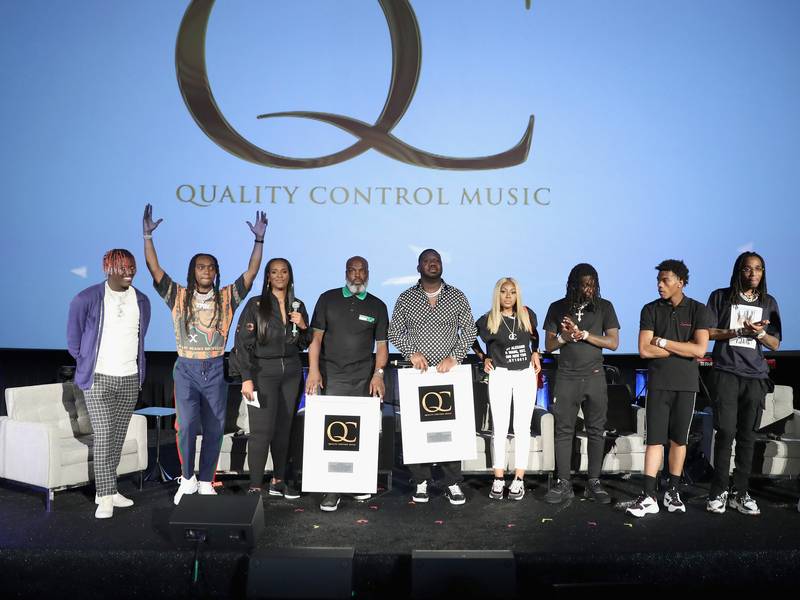 Quality Control Music has dropped its new compilation Control The Streets Volume 2. The project provides plenty of material with a total of 36 songs.

Members of the Quality Control roster such as Migos, City Girls and Lil Baby make contributions alongside a long list of high profile guests. Travis Scott, Megan Thee Stallion, Meek Mill and Gucci Mane are among the notable artists featured from outside the label.

Check out the Control The Streets Volume 2 stream, cover art and tracklist below.

[This post has been updated. The following was originally published on August 12, 2019.]

Quality Control Music has shared the jam-packed tracklist for its Control The Streets Volume 2 compilation, which is scheduled to drop this Friday (August 16).

In total, the compilation features a whopping 36 songs.

Check out QC’s Control The Streets Volume 2 tracklist below.

[This post has been updated. The following was originally published on July 16, 2019.]

Quality Control Music is scheduled to release a new compilation this summer. The label has announced its Control The Streets Volume 2 album will drop August 16.

Control The Streets Volume 1 was released through Quality Control, Motown Records and Capitol Records in 2017. The project featured 30 songs, including the Migos single “Too Hotty.”

The first Control The Streets project featured contributions by members of the label’s roster such as Quavo, Offset, Takeoff, City Girls, Lil Baby and Lil Yachty. The album also included guest appearances by Cardi B, Young Thug, Nicki Minaj, Gucci Mane and Kodak Black, among others.

Fans will get their first preview of Control The Streets Volume 2 at midnight when QC drops the City Girls and Saweetie collaboration “Come On” featuring DJ Durel. The label is also releasing another single, but details about it haven’t been revealed yet.