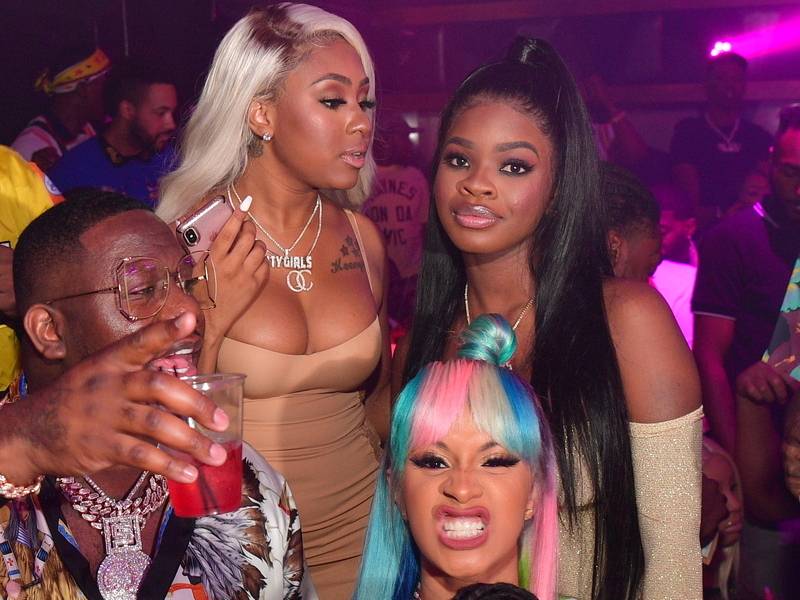 New Orleans, LA – DJ JMK, the producer of Choppa’s resurgent hit single “Choppa Style,” has sued multiple rappers and producers for copyright infringement. According to NBC affiliate WDSU, JMK says Cardi B and Master P are among the many artists who’ve used his beat without approval or compensation.

The New Orleans-based DJ, whose real name is Kirk Edwards, claims he agreed to a deal with Choppa’s label Take Fo Records for flat fee royalties for the “Choppa Style” beat. He would also receive a 30 percent bonus if the song secured national distribution.

But the DJ alleges he’s never received any payment while a producer named William “Playa Will” Nelson was hired to recreate the instrumental without JMK’s permission. Nelson allegedly replicated the “horn riff, arrangement and melody” and used a piano to “copy the horn melody and arrangement.”

JMK is seeking the money he’s owed plus damages in the lawsuit.

“Choppa Style” originally dropped in 2001 and was later re-released by No Limit Records with the addition of Master P’s vocals. It found new life in recent years thanks to the New Orleans Saints and sampling.

The track became an unofficial anthem for the Saints during the 2018 NFL season. It was also sampled on notable tracks such as City Girls’ Cardi B-assisted single “Twerk” and Yo Gotti’s “Oh Yeah” featuring French Montana.

Revisit “Choppa Style” and some of the songs it spawned below.