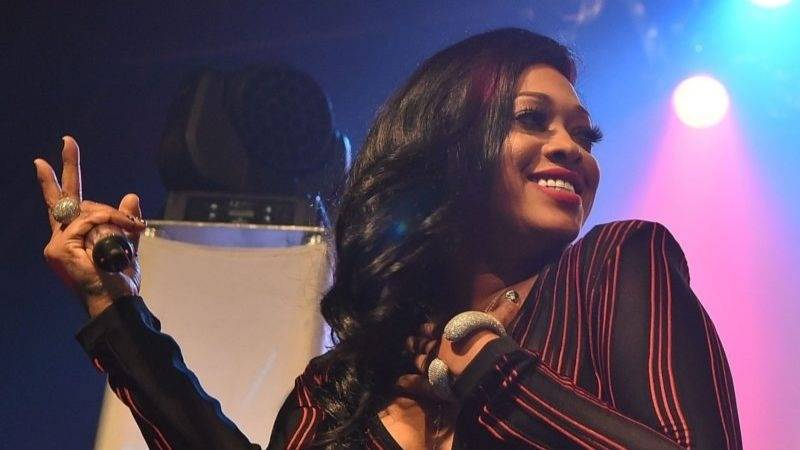 Trina infuriated Twitter after she referred to protestors as “animals” during her morning radio show with Trick Daddy on Miami’s 99 Jamz. Now, the veteran rapper is offering an apology.

“I just want to say I apologize sincerely to everybody I offended by what I said,” she began. “I spoke passionately about people destroying our community here in Miami, Florida, Dade County, Liberty City, the inner cities. I’m not trying to take away anything from anyone or anybody that was abused from the police. And I can see where that was insensitive.”

Trina is sorry y’all 👀🙏🏾 . The Diamond Mami went on-air denying any ill-intent towards the black community in her rant against the “animals” tearing up Miami during the George Floyd and Black Lives Matter protests . How do you feel about this “I’m sorry,” are ya’ll forgiving her?

Trina continued, “Me and my Trina’s world I’m automatically speaking for black people and I’m not gonna say ‘Hey black people are animals’, I didn’t say all of my people — I’m not talking about you, not the protestors, the people trying to make change.

“Not a store, not nothing, nobody’s fancy car, I’m just speaking from where I felt, things that I saw. I would never say that or call black people animals. That’s not who I am.”

But, not everyone is buying it. Twitter immediately pounced on Trina and accused her of being insincere.

Khia, her apparent arch-nemesis, didn’t keep her thoughts quiet either. In another episode of her web tv show GAG ORDER, the “My Neck, My Back” rapper repeatedly called Trina “sour puss” and promptly dragged her as well.

It just gets uglier from there, with Khia referring to her as a “penniless whore.”

THE MOMENT WE'VE BEEN WAITING ON SINCE YESTERDAY! LMFAOOOO!
[KHIA VS TRINA] pic.twitter.com/GPRniqi7SU

And according to her recent Twitter announcement, there will be more smoke to add to the fire on Monday (June 8) for a special edition roasting.

“I Have Just Signed An Arrest Warrant For The Saddest BASETT Hound Katrina Sour PUSSY Harper,” Khia wrote. “Her First Court Appearance is Monday, June 8, 2020 at 8 p.m. in courtroom http://khiathugmisses.com. if you see this old WHITE whoraaa call 911 immediately.”

I Have Just Signed An Arrest Warrant For The Saddest BASETT Hound Katrina Sour PUSSY Harper. Her First Court Appearance is Monday, June 8, 2020 at 8 p.m. in courtroom https://t.co/nn1qShcnYW. 🤣🤣🤣 if you see this old WHITE whoraaa call 911 immediately. pic.twitter.com/P0jID4ALtz

Check out some of the reactions to Trina’s rejected apology below.

This why we all told that bitch TO SAVE IT. NO BACKSIES! Saying she didn’t call “black” ppl animals like we didn’t listen to it OUR FUCKING SELVES. Not to mention her “lock em up” and “not afraid of being pulled over” comments. Trina is a fucking coon, PERIOD. https://t.co/KYGhLcAmHS

In honor of #trina becoming a clown let’s remember this verse from 5 star chick that Nicki washed her in💕✨ pic.twitter.com/Qm6n6OQx93

Trina knew what she said. Brees knew what he said. They meant every word. How can they understand something in less than 24 hours that they couldn’t grasp in 20+ years of being adults?

Trina w/ all due disrespect, u don't have the intellectual range for this convo. Ur comprehension skills are so far below sea level they're at bikini bottom. In fact Sandy comes up for more air than u. Please stick to the rivers & the lakes that you're use to. Trina apology pic.twitter.com/SQogqW8r7W

and trina saying she “learned a lot more about what’s going on” is a. bullshit but b. you’re a 45 year old black woman. if you didn’t already understand, we don’t need you boo. goodbye.

It's hilarious that y'all expect Trina to be down for the cause righteously. She been fake when it comes to black people. The first season of LHH she showed you all when she sugar coated that Vega girl using the word nigga. But y'all still were caping for her. pic.twitter.com/GNYyO3HKbK

I went to go delete Trina’s music from my library and nothing was there to begin with pic.twitter.com/dINRbT6F1i

Me listening to Look Back at It one last time before i cancel Trina pic.twitter.com/heW4QV9Z3t

I still can’t believe I had to cancel Trina this morning pic.twitter.com/OdZ8AlMvNg

Trina be saying she’s on a throne and other ppl are peasants. Queens sit on thrones – but that’s not how queens who stand on a throne speak or move. ‘Queens’ don’t go against their own. They lead. All the arguing and screaming is not a Queen thing to do.

Trina and that apology. Who she was with Trick is who she really is. Tripling down on b.s. with that venomous tone. Calling people animals. She can keep it. I’d prefer if she just stood up in what she said instead of pretending like she ain’t still saying it behind the scenes