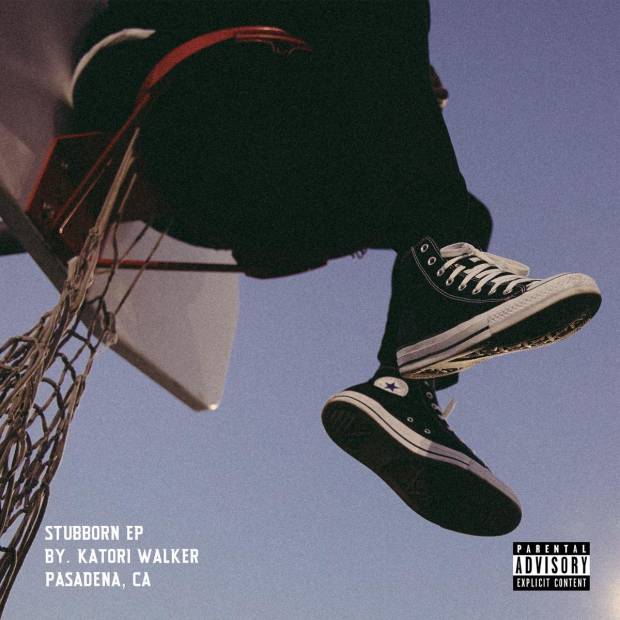 Rappers who go by their government name usually spit relatable raps. Take J. Cole and early Kanye West, for example. So, it’s no surprise that even as he builds buzz for his third project, Katori Walker takes the stance of the everyman over the standard flossing MC. The result is Stubborn, a defiant stance against the ills of society that doubles as a compelling journal entry.

Walker wastes no time with his indictments. He comes out swinging on the opening “Run,” rapping, “Everybody mad at Trump, yeah, I know, my nigga/Saying he a racist prick, but did you vote, my nigga?” The following cut finds Katori bemoaning “Too Many Foes,” as he humorously lambasts the check-chasing MC while simultaneously wishing his own checks didn’t bounce. His self-awareness keeps Stubborn grounded and relatable.

Mr. Walker’s contempt for basic, materialistic rappers doesn’t keep him from chasing after paper himself. He comes off more grateful than greedy on “Dolla Save Me,” proclaiming Benjamin Franklins and Andrew Jacksons as the answers to his prayers. It’s a bit ironic, considering that Andrew Jackson the man was a racist P.O.S., but that’s a different matter entirely. The track itself benefits from CAMEone’s and Jordan Elgie’s bright, stutter-step piano loop, and Katori works the keys like a locksmith to create everyman music to dance to.

The EP gets deeper than dollars as Walker proclaims his relationship difficulties on “Sometimes.” Even well-worn sentiments like “I’m in the studio late, I’d rather be with you” connect emotionally because of Walker’s honesty and conviction. Elijah James sings smoothly on the hook as the project’s lone feature, as Katori wisely creates space for us to get to know him.

His deepest emotions are felt on “Anxiety” and the subdued production matches the discouraging feel that fear and anxiety can create. Contrastly, the musical slog and tired hook of “Roll On” ruin Walker’s solid penmanship. The track is the EP’s lone weak link but detracts little from the overall feel of solid defiance and introspection.

Walker has the makings of an excellent MC, and it will be exciting to hear the debut album he is currently prepping. Until then, Stubborn serves as a scrumptious appetizer that positions Katori Walker more with his fanbase than with his rapping peers.

An extraterrestrial turn-up tailored for teeny boppers and TikTokers alike.