Review: Stalley's Thoughtful 'Reflection Of Self: The Head Trip' Is Strictly For His Fans 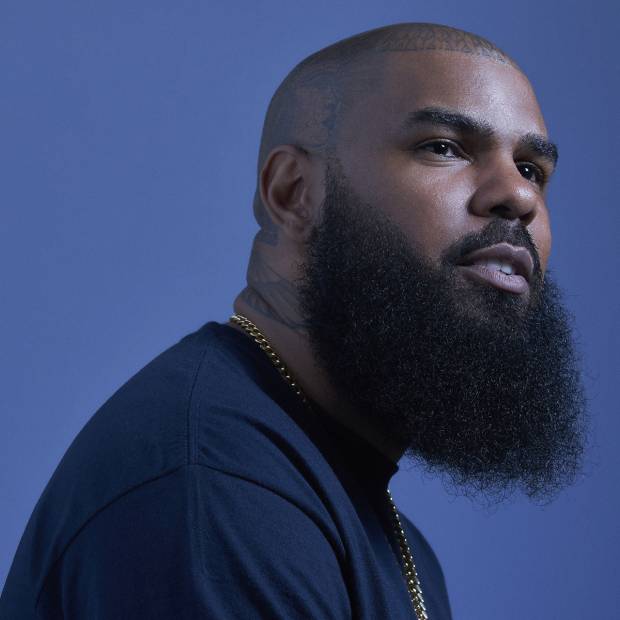 Electing to leave a major label in pursuit of creative freedom is a stressful decision. Ohio MC Stalley faced this dilemma when he decided to move on from Rick Ross’s Maybach Music Group in 2017 after six years of releasing music under Rozay.

While it has been an up-and-down odyssey for the proud Muslim rapper, it’s a change that has ultimately given him a calming sense of clarity. At least that’s the feeling you get when listening to his latest work Reflection Of Self: The Head Trip.

Across nine tracks, Stalley takes the listener on a journey inside his mind describing his present thoughts on going independent, the evolution of his music and his spiritual progression. Rapping over California beatmaker Jansport J’s relaxed and smooth production, the Honest Cowboy sounds fulfilled and at peace.

He shows off his sharp pen on “All So New” talking about working through struggling to create and handling pressure as an artist. The soulful song’s candid lyrics make for some welcome introspection, “Clear as the water my thoughts became pure/ Anxiety and stress I had to endure/ Was barely outside I kept it indoors.”

Cuts like “A Main” have the Stark County lyricist reflecting on his life and place in the rap game backed by snaps and claps. The harmonious sample of the O’Jays’ “Forever Mine” adds a classic ’70s East Coast soul vibe, complimenting Stalley’s crisp flow.

The contemplations continue on “Peppermints and Water” with Stalley going in-depth about the highs-and-lows of his career. Serving as one of the most compelling tracks on the record, his wisdom and honesty provide a transparent view into his self-examination, “My rise in this game was a bit premature/ I was overcooking everything but still was raw/ I was overcoming everything but still felt lost.” Unfortunately, the track is hurt by sloppy vocal mixing on the already over sung hook by Kenneth Whalum diluting its quality.

While Stalley does a favorable job of giving listeners a full portrait of his present ruminations, he doesn’t offer much else.

The problem with this album lies in its intention and its ability to keep attention. Stalley said previously this was a release intended to get him “closer to his fans.” But listeners not interested or informed about his turbulent career likely aren’t going to gravitate towards this record.

It’s clear Stalley wants to make music that connects him to his true supporters and by all accounts, he pulls this off. But this isn’t the type of material that grows a fanbase. It’s just not that captivating to someone out of the loop.

There’s also not a lot of variety to the beat selection either and it becomes quite easy for the project to fall in the background while listening.

Yet even with its faults, there’s still some charm to Stalley’s soothing lines of introspection. The outro track “Reflection” features some chilled classical piano and subtle bass, a solid producing job coupled with a succinct summation of Stalley’s self-actualization meditation that wraps up the record on a high note.

Ultimately, Stalley delivers an admirable LP of vulnerability and reflection that should strengthen his relationship with his core but won’t make many new fans, a sentiment that he seems content with.